Darren Taylor has won the Waikato A grade billiards championship for the fifth time beating another former title holder (three times), Adesh Shekatkar, in the final 399-293. The plate was won by Kevin Crighton defeating Graham Hills 337-266.

Due to Covid, the competition moved away from its traditional home of the Matamata Club and the 49th edition was held at the Hamilton Cosmopolitan Club on April 2-3.

The field was made up of a good spread of experienced players and billiards youth as three of the B Grade participants dipped their toes in the water with five of the top 12 ranked players in the country.

The eight-man field played a round robin of 75 minute matches with the top four progressing to the main championship and the final four contesting the plate. All post section matches were 90 minutes.

At the end of round robin play Darren Taylor (7 wins) was drawn against current Waikato B Grade champion Brian Roebeck (4 wins) and Adesh Shekatkar (6 wins) was to clash cues with Andrew Draper (5 wins). Things were a little tighter in the plate division with three players ending with two wins apiece. The final qualifying positions were decided on points differential. After the numbers were crunched Graham Hills had the best differential and he played Chris Hick. The remaining match was against two ex-NZ B Grade champions Kevin Crighton and Mark Taylor, with Taylor being a previous winner of this competition too.

In the championship Taylor 412 d Roebeck 326 and Shekatkar 312 d Draper 297. Draper had lead for the majority of the match and just missed out on making his second A Grade final when Shekatkar finished with a wet sail to pip him on the line.

The championship final was between two ex-champions Taylor (4 times) and Shekatkar (3 times) and these two always have great tussles. An example of which, just a few hours earlier in round robin play, saw Taylor score an unfinished break of 43 to win by just 10 points when the bell rung. In the final there was nothing in it most of the way until Taylor made a few small contributions that stretched the gap out to 60-80. Such a margin is never comfortable against Shekatkar as he has many sizeable breaks that could eradicate a lead of that size in one visit. However, no such break flowed from the Rotorua cueist and it was Taylor who secured the victory 399-293.

Highest break was shared for the weekend with Adesh Shekatkar and Darren Taylor, scoring 62 . (Finalists pictured below)

The next NZBSA ranking event is the North Island Billiards Championships – May 28-29 at Hamilton Cosmopolitan Club. 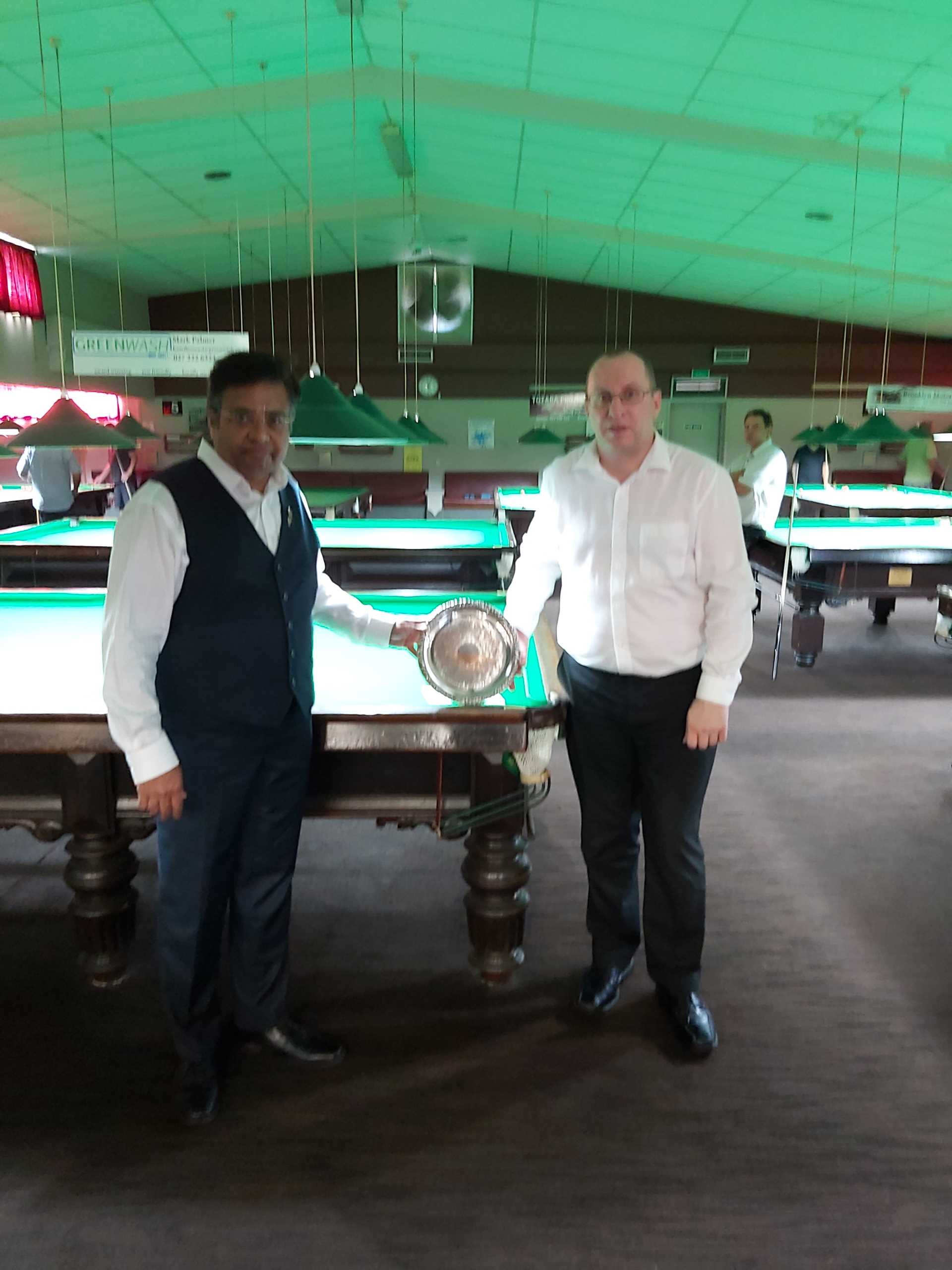 Upcoming Events in the Waikato

This year is quite a busy year for the region with many events being organised and we all hope that Covid plays ball and doesn't interfere. Along with our usual Chick Boden Memorial Interclub league there are many tournaments you can enter. Some are run through the association and entry can be done locally, whilst others are National ranking events and entry details can be found at www.nzbsa.org.nz.

Please follow the instructions and prompts for all tournaments you wish to enter.

All Waikato tournaments will be held at the Hamilton Cosmopolitan Club unless otherwise stated:

For any enquiries please direct them to the contact on the entry form. 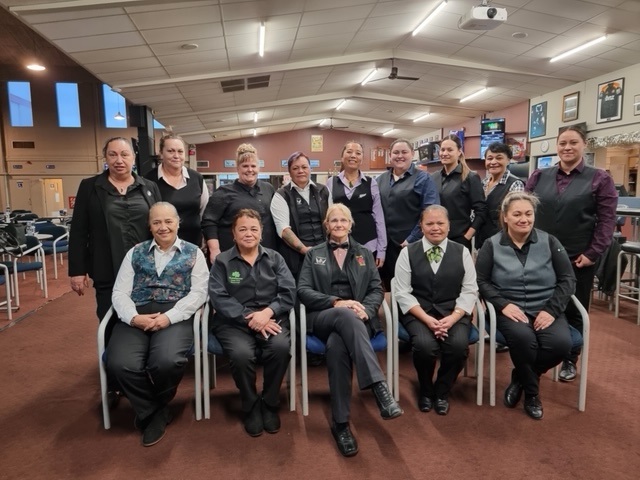 She defeated Kimberley Cullen 2-0 in a final that took less than 50 minutes.

Wilkinson has only recently turned her attention to snooker with encouragement and guidance from a former work colleague and billiards/snooker enthusiast Darren Taylor.

While the final clearly demonstrated Wilkinson’s ability (she also recorded the highest break, 47, in section play) she didn’t have it all her own way. As an unranked player, she went through to win her section of five without dropping a frame.

However, she met sterner opposition in post section winning her quarter final 2-1 against Heihera Rehu-Brown and the same score in the semi -final against Temple Geayley. Both opponents had their chances to eliminate Wilkinson but this was not to be.

In the final game of the semi, Wilkinson trailed by a few points going into the colours – and then potted all colours in one break to win the match. 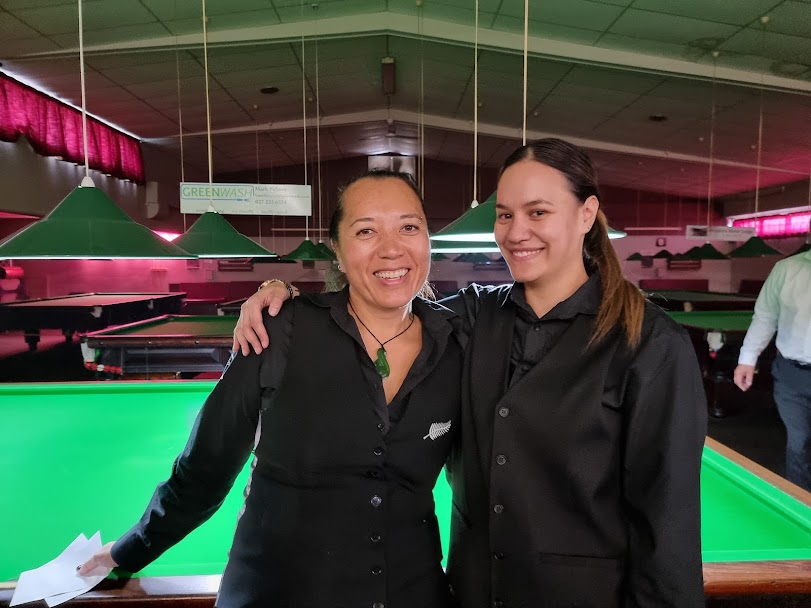 Tournament organisers  were pleased this event attracted a field of eight who were ranked following a round of section play. Thanks are extended to Kevin Crighton (Matamata) who assisted with refereeing on the day. 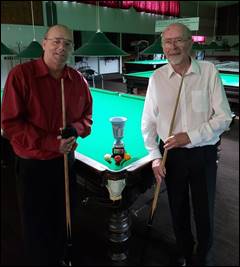 Congratulations to John Williams (Tokoroa), pictured below, who won the 2022 Waikato B Grade Open Snooker, defeating Jono Healion (Hamilton Cossie) 2-1 in a final that went down to the last black.

We had a field of 16 and were able to play the whole competition in one day, finishing about 9pm. 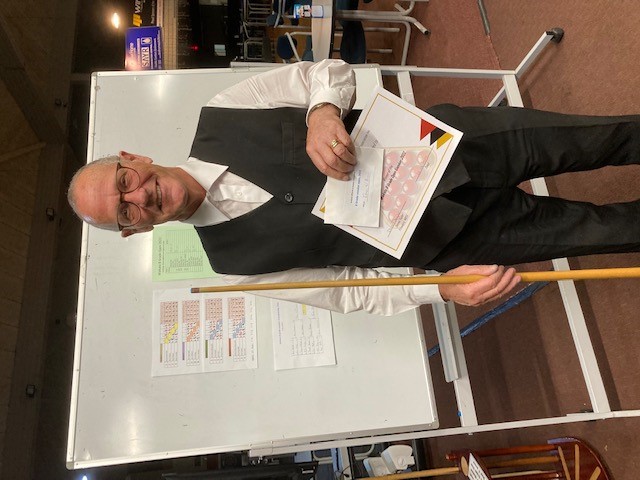 Roy and Diane Clark won Waikato’s inaugural handicap pairs snooker tournament held at the Hamilton Cosmopolitan Club  on July 4-5.  The result rested on the last black in the fifth and final frame.

Despite perceived anomalies in the allocation of handicaps (a difficult task) many games were decided on the last 2-3 colours with all but one team out of 29 winning at least three games in section play.  The inference from that can be if a  team can win one frame (in a three-frame match) then it is quite reasonable to believe they were capable of winning two or three. They just didn’t play as well as they could have! The team that won only one frame in section play went on to win their first two rounds in the plate competition.

All matters considered, the consensus of opinion is this was a very successful tournament and plans are to repeat it next year.